Simplifying processes, ensuring consistency, analyzing metrics, honing skills and working under pressure.  All of these should be familiar to finance executives and teams as key elements of finance transformation.  These initiatives and traits are common in the sports world too, especially for those who are at the top of their game.

Bryson DeChambeau, the 13th ranked professional golfer in the world rankings, is the perfect example. His use of physics and an analytical approach to his “single plane” swing earned him the nickname “the golf scientist” as well as five PGA Tour wins.

OneStream had the opportunity to chat with Bryson on a recent webinar to learn about his system for creating a consistent, repeatable golf swing and what finance teams can learn from his unique approach.  Here are just a few of the highlights:

Bryson DeChambeau is a 26-year-old American professional golfer who plays on the PGA Tour. In 2015, he became the fifth player in history to win both the NCAA Division I championship and the U.S. Amateur in the same year joining an elite group including Jack Nicklaus, Phil Mickelson, and Tiger Woods. DeChambeau turned pro in 2016 and earned his first PGA Tour win in 2017 at the John Deere Classic.  Since then he has racked up a total of 5 PGA Tour Wins, and one European Tour win.  But what’s really made him stand out is his unique approach to optimizing the golf swing. 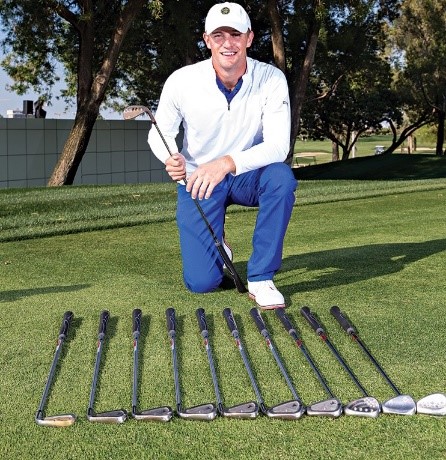 Throughout his college and amateur golf career, DeChambeau focused on developing a “single-plane swing” that would provide a superior level of consistency.  But with the traditional design of golf clubs with different lengths, his body position and posture had to continually change. So in 2011, with the help of his golf coach, DeChambeau experimented with creating a set of irons that were all the same length.  By standardizing the length of the clubs based on his 7-iron, and adjusting the weight and loft of each club, he was able to maintain the same body position and posture – and take his level of consistency to a new level.  And the rest is history!

When asked about whether he preferred to play vs. practice golf, DeChambeau’s answer was surprising.  While he enjoys competing, he finds that it’s difficult to work on specific skills on the golf course, with the delays and other distractions.  He prefers to spend most of his free time on the golf range, or on a simulator honing his technique, and tuning his swing for even more consistency.  His mantra for improving every day is “let today’s garbage be better than yesterday’s garbage.” 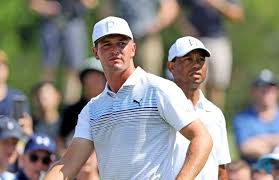 Mr. DeChambeau thrives on playing under pressure.  During the webinar he spoke about his experience playing in the 2018 Ryder Cup matches.  DeChambreau said he did feel the pressure of playing with Tiger Woods as his partner and teeing off in front of a mostly hostile audience in France.  But he used the tension and energy of the crowd to focus his attention on his process.

Having a chance to hear a top 20 professional golfer talk about his technique, experiences and approach to the game was truly riveting.  Throughout this interactive discussion and demonstration of his technique, Mr. DeChambeau’s winning formula became clear – consistency, simplicity, practice, and the drive to continuously look for an edge.  And he hasn’t been relaxing on the beach during the recent pause in the PGA Tour schedule.  He has been working out, building strength and tweaking his swing to generate more ball speed.  Even as one of the top ranked golfers in the world and currently leading the PGA Tour in driving distance, Bryson steadfastly believes there’s always room for improvement.

These are great lessons for finance executives and staff.  Simplifying processes, eliminating variables, ensuring consistency, analyzing metrics, honing skills and confidence under pressure are all critical to transforming finance.  Efficient, consistent, and repeatable processes provide the time and confidence to focus on taking your game to the next level.

To learn more, watch and listen to the replay of this webinar and contact OneStream if you are looking for tools that can help you simplify processes, improve consistency, and lead your organization with speed and confidence.